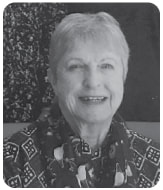 Wendy Edwards Beardall-Norton was born in Toronto, Ontario, and raised in Hamilton. She had her first piano lessons at the age of 5 in Orillia, where she spent every summer during her childhood. Her teacher was Percival Horn. Wendy again studied piano at Loretto Academy in Hamilton, and later attended Westdale Collegiate, where she was fortunate to have an in-depth education in music theory and clarinet performance, along with her academic studies, over a period of five years. Dance and vocal study were also a major part of her musical development.

Following her marriage, and the birth of her three sons, Gregory, Cameron and Jeffrey, in Weston, Ontario, music study was put on hold, aside from the purchase of a 'Stella' acoustic guitar, which eventually led to all three sons becoming excellent, performing guitarists! On the family's relocation to Fredericton, New Brunswick, Wendy resumed both piano and theory teaching and study, mainly with the late Mary MacLean, from whom she learned a great deal about teaching, and from the late Janis Kalnins, former conductor of the Riga Opera Orchestra in Latvia.

While living in Fredericton, Wendy was twice President of the Fredericton Music Teachers' Association, and a Founding Member and President of the Fredericton Music Society. After her first husband, Alan's, death in 1999, she continued her successful and fulfilling piano and theory teaching and was proud to see her students achieve both academic excellence at the highest levels and also to attain a lasting love and appreciation of music of all genres. In 2014, Wendy married Christopher Norton, and, with him has created, developed and taught his Micromusical program throughout many parts of the world. They are contracted by several schools in London, UK, to teach the Micromusicals on a three time a year basis, which takes them back to the UK regularly.

Though Wendy has been composing sporadically over the years, it is with Christopher Norton's encouragement that she has returned to this endeavour, and this is her first published collection.