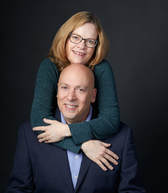 Ina Dykstra received her Bachelor of Music in Piano Performance at the University of Alberta, where she studied with Dr. Ernesto Lejano and Dr. Helmut Brauss.  She also went on to complete Graduate Degree courses in Art Song, Collaborative Piano, Chamber Music and Solo Performance. Ms. Dykstra  also holds a degree in Music Therapy from Capilano College in Vancouver and is a member of the College of Examiners for the Royal Conservatory of Music. She has worked with a wide variety of students of all ages and all abilities, from the very gifted to those with various special needs.

Ina has a deep commitment to furthering musical education, creativity, and artistry.  After a long and rewarding career in St. Albert, Alberta, she now lives in Victoria B.C. and has over 35 years of experience as a teacher, accompanist, performer, clinician, examiner, composer and adjudicator.

Classical, jazz, blues, and pop music  have all been part of Jan Randall's life since he began playing by ear at the age of three. His education includes a degree in Theory and Composition from the University of Alberta, advanced courses in theory and orchestration, and jazz studies at Grant MacEwan and North Texas State University. Mr. Randall’s classical works include A Midsummer Night’s Ice Dream (1991) which is possibly the first ballet composed for figure skaters.

With over 800 film and television credits for CBC, NFB, the Discovery Channel and ACCESS TV, in 2001 he was Composer and Music Director for the IAFF World Championships Ceremonies that was broadcast to an estimated live audience of 4 billion people and featured original works performed by the Edmonton Symphony Orchestra and a 1000 voice choir. He has also worked for Second City, the Banff World Television Festival, and as a regularly featured songwriter and performer on the  CBC Radio comedy series,  “The Irrelevant Show”.

Ina Dykstra and Jan Randall are married and live in Victoria B.C. where they presently compose and teach music. The Let’s Play series of piano books were launched in the summer of 2016. Be on the lookout for new publications coming soon!