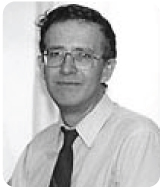 Michael R. Miller is a composer, pianist, and retired professor of music. He was born in Lisbon, Portugal. He holds a BA degree from New York University, and an MA from the Eastman School of Music of the University of Rochester, NY. He studied composition and orchestration with Bernard Rogers and Wayne Barlow.

Miller taught at New York University 1961-65, and Vassar College, NY, 1965-66. He emigrated to Canada in 1967, teaching piano, composition and theory at Mount Allison University in Sackville, NB, and performing with the Mount Allison Trio until 1974. In 1972 he became a Canadian citizen. He retired in July 1998, taught composition part-time until 1999, and was awarded Professor Emeritus in May1999, by Mount Allison. Since 1999 he has been living in Fredericton, NB.

He has composed for voice, choir, piano, organ, guitar, orchestra, band, and various chamber ensembles. He has also written two operas. His style employs such 20th-century techniques as pandiatonicism, polytonality, modal scales, cross rhythm, serialism and aleatory. His works usually retain identifiable metres and tonal centres. In fact, his music is characterized by quite traditional features like melodies, themes, motives, clear forms, contrast in mood and tempo, and the use of counterpoint.