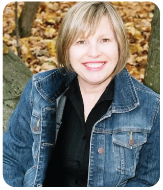 A native of Houston, Texas, Martha Hill Duncan, (b. Pasadena, Texas, October 28, 1955), began piano lessons at the age of eight and started experimenting with composing and improvising soon after. She was a member of the first graduating class of the Houston High School for Performing and Visual Arts, receiving a diploma in Vocal Music. She earned a Degree in Composition from the University of Texas at Austin where she studied composition with Donald Grantham and piano with Gregory Allen, Danielle Martin, and Errol Haun. In Ithaca, New York she worked with pianist Trudi Borden and composer Robert Palmer and in 1982, immigrated to Canada with her husband, where she continued her musical studies with Sam Dolin in Toronto.

Martha’s early compositions embodied her admiration and appreciation for serialism and minimalism, often with an earthy and organic twist. Over the years, however, her writing has found a more comfortable home with a richer and more complex rhythmic and harmonic vocabulary— contemporary and improvisatory leanings with an unabashedly evocative and sensitive nature.

She loves working with and writing for singers. This ongoing interest and recognition of her adopted country, Canada, has recently culminated in a cycle of songs for voice and piano entitled Singing From the Northland: A Celebration of Canadian Poetry in Song. In 2004, three of these songs, Severance, Grey Rocks and Greyer Seas and Rainfall were chosen as finalists and performed in the Diana Barnhart American Song Competition in Wayne, PA. There are fourteen songs included in the cycle, three of which are vocal duets; the cycle was written for and dedicated to her daughter Claire, a singer.

Martha’s continuing collaboration and direction of the Kingston women’s choir She Sings! (formerly Aurora) have produced several works for treble choir, many based on native Canadian texts, including Song of the Stars, Lady Icicle and Lullaby of the Iroquois. These three songs will be performed on May 11, 2007 by the The New York Treble Singers in their concert entitled, American Voices. Most recently, her Star Prayers for SSA and Piano was a co-winner in the 2005 Ruth Watson Henderson Choral Composition Competition. Choirs that have commissioned her work include Aurora, Melos Chamber Choir, Pro Arte Singers, and the Limestone Children’s Choir.

In addition to her writing, Martha has also been a dedicated private piano teacher for over twenty five years. She has found inspiration through her students and has written many solo and ensemble pieces, of varying degrees of difficulty, with them in mind.