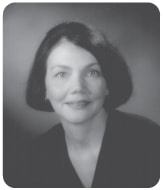 Linda Hawkins has been associated with the Georgian Bay Children's Choir since Sept. 1990  as an accompanist and conductor, and was also a GBCC choir parent for nearly a decade. The choir has commissioned a number of works from local composers, and has a special collaborative relationship with Fiona Evision.  The choir members range in age from 5 through 20 and come from the Southern Georgian Bay Region of Ontario.

Along with her current GBCC responsibilities, she teaches piano, rudiments, harmony, counterpoint and music history in her private studio. She is a member of ORMTA and volunteers with numerous community groups. Linda has received her music training through the Royal Conservatory of Music, Toronto, Canada.

As a director of church choirs and ensembles, she has co-written, directed and produced, with her husband John, three children’s musicals, including one for television. Other media work includes narration and production for radio and television.
​
Treasured and significant influences have been organ studies with Clifford Gates and piano studies with Arlene MacNay.  Linda lives in Owen Sound with her husband and treasures visits from her grandchildren who are scattered across the globe.