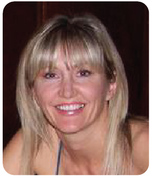 Julianne Warkentin grew up in Newton, Manitoba and in 1987 moved to Portage la Prairie, Manitoba where she began a private teaching studio. She holds an Associate diploma in Piano Performance from the Royal Conservatory of Music, Toronto, Ontario. Julianne has achieved eight winning entries in the Manitoba Composer’s Competition. She composes records and performs for tourism projects, workshops, festivals, vocalists, special events such as the Manitoba Winter Games [2010] and the Northern Lights series produced by Canadian National Conservatory of Music. She is inspired by her childhood, nature, family and her own spiritual journey.