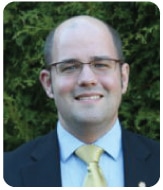 Ian Green was born and raised in Niagara Falls, Ontario. Playing piano since he was 5 years old, Ian enjoys playing all styles of music including: jazz, classical, pop, ragtime, blues, and freely improvised music. A graduate of Queen’s University (BMus, 2006) and the Royal Conservatory of Music at Toronto (A.R.C.T., 2006), Ian maintains a thriving music studio teach piano lessons, music rudiments, history, and theory at all levels of the curriculum for the Royal Conservatory of Music. He also enjoys incorporating the various elements of Conservatory Canada and the Canadian National Conservatory of Music (CNCM) to offer a well-rounded teaching philosophy and approach.
​
In addition to teaching piano and theory lessons to students of all ages, Mr. Green has been very busy wearing many hats in the music industry and music community including: working as collaborative pianist for the Gospel Singers Choir, Rich Harmony Choir, and Burlington Seniors Center Choir (through the City of Burlington); working as pianist, organist and choir director at local churches on a fill-in basis; writing music for various composition projects with Canadian music publishing companies; writing music for advertising contracts in North America; working as a busy music festival adjudicator, having adjudicated the piano classes for all performance levels across Canada and the United States. Ian was co-ordinator of two concert series in the local area: Live Chamber Music Series (Dundas, Ontario) and Ryerson Community Concert Series (Ancaster, Ontario). In addition, he has released two studio albums of solo piano music for worldwide distribution (Starlight, 2015 and Improvisations, 2016).

Mr. Green is a member of the College of Examiners with the Royal Conservatory of Music (Theory, Piano, and Organ), is a member of: the Ontario Registered Music Teachers’ Association; the Canadian Federation of Music Teacher Associations, SOCAN; the Royal Canadian College of Organists; and the Canadian Music Festival Adjudicators Association.
Mr. Green is an active volunteer and supporter of great music in the local community and is a loyal patron to the arts. By offering scholarships to young students, Ian believes in the strong spiritual and social values that are offered through all performance art.