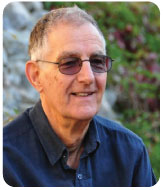 Ernst Schneider is a returning guest and Summer Sizzle supporter. In 2009, he was the recipient of an Honorary Licentiate from Northern Lights Canadian National Conservatory of Music for his tireless work in promoting Canadian Music. Many of his piano works have been selected for inclusion in the CNCM Northern Lights and Making Tracks series.

Ernst Schneider was born and raised in Germany where he received his early music training. At age 18 he immigrated to Canada, where he continued his music education. His teachers included Lloyd Powell, Helen Silvester, and west coast educator Dr. Jean Coulthard. He holds as Associate in Piano from the Royal Conservatory of Music in Toronto and an Associate in Theory from Trinity College in London, England. Ernst’s compositions include works for many genres. His compositional style has been described as conservative, almost romantic, with just the right touch of contemporary flavour.